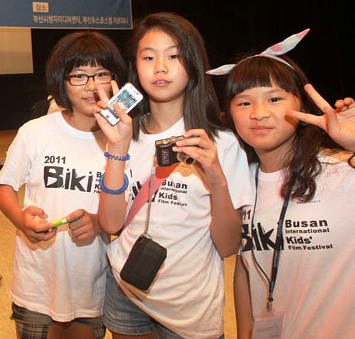 Busan International Kids’ Film Festival(BiKi) is a visual culture festivity for children who will lead the future of Busan known as City of film and visual arts. We provide not only pleasures but a ground for visual arts education as well. Having started its pre-festival in 2005, BiKi has been holding a festival every year in August since 2006 during summer vacation for school children. The 7th BiKi Festival in the year of 2012 will be held from 20th through 24th in July.

“Ready~Action!” is only competition section of BiKi which films are made by 6-16 year-old kids & youths in and out Korea themselves. During the festival, the kiduth Jury will choose the best films in the final screening, which are well angled toward kids’ points of view.

Eligibility
The short films(<15min) made by age 6-16 young directors in Korea and foreign countries and completed in 2011 and 2012. There are no constraints on themes or forms.

Submission
Official entry form and preview DVD must be submitted by May 31, 2012. To get the Regulation & Entry form, please contact Program Team by e-mail( film@biki.or.kr ).

Awards and Juries
Six award winners will be given a plaque with a supplementary prize.
Winners will be invited as a jury of Ready Action of next edition.
Winners will have opportunity to submit their films and participate to domestic or foreign children/youths film festivals.