THE JOURNEY HAS BEGAN!

Along with the arrival of spring, the great journey of the young creations to the world begins.

Films created by youngsters in Greece are send in Film Festivals abroad, at an initiative of Camera Zizanio.

The following films will be screened in the picturesque city of Placentia in Spain, in the frames of the 5th  International Youth Film Festival “Plasencia Encorto” (April 4-6, 2019):

– “Olé!”, by the 4th High School of Pyrgos (organized and produced by Neaniko Plano, Nikos Stampoulopoulos was the workshop leader).

In Spain again but at the Ecozine Youth Film Festival (May 4-19, 2019) we have the participation of the films:

–The Cube by the 2nd General Lyceum of Igoumenitsa

–A nest for the birds, a spot for the kids by the 1st Primary School of Thessaloniki.

And the film “The Cube” by the 2nd General Lyceum of Igoumenitsa, was selected for the competition section of First Cut! Youth Film Festival in Ireland, that took place from March 6-9, 2019.

More film selections in Festivals will be announced shortly. 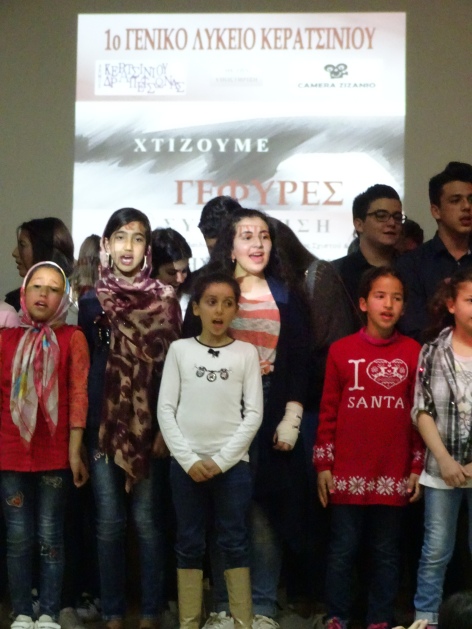 On March 16, 2018, a model event was organized by the 1st General Lyceum of Keratisni. It was a meeting between students of the school and refugee youngsters from the Refugee Camps in Elaionas, Schisto and City Plaza. END_OF_DOCUMENT_TOKEN_TO_BE_REPLACED

After the summer vacations we continue our trips abroad! The three next destinations: Wales, Berlin, Dubrovnik. END_OF_DOCUMENT_TOKEN_TO_BE_REPLACED

In its 15-year history, Cameza Zizanio has managed to emerge as the most prominent international crossroads of young people’s audiovisual creation. Its importance lies not in the numbers, but in the outstanding quality reflected on multiple levels. END_OF_DOCUMENT_TOKEN_TO_BE_REPLACED

After a little summer pause back to the ”spins” of film festivals concerning the journey into the world of films created by children and young people from Greece, promoted by the initiative of Camera Zizanio. END_OF_DOCUMENT_TOKEN_TO_BE_REPLACED