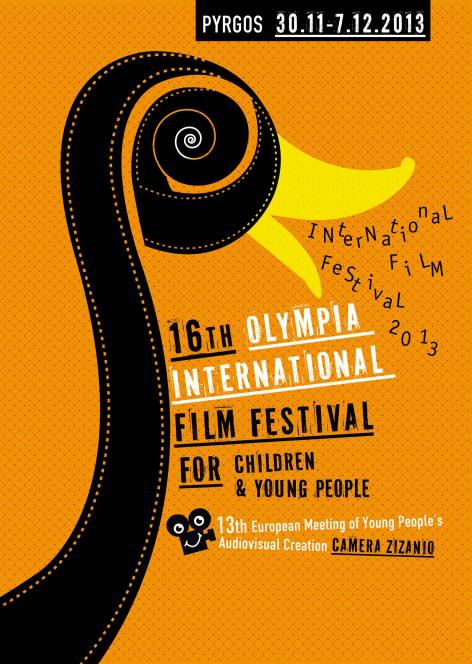 This year, Camera Zizanio will take place from November 30 to December 7, along with the 16th Olympia International Film Festival of Children and Young People, at the hospitable city of Pyrgos, Ilia Prefecture, Greece.

Films that are created trough workshops, school teams or individually can take the way to this unique Festival, where young audiovisual creations from Greece, Europe and from the rest of the world will meet…

The films that will be selected for the competition sections should meet the following conditions:

– The films, individual or team work, must be created by children and young people up to 20 years old.

– The films should be created by children with a little help from the professionals and not the other way around.

– The duration should be up to 10 minutes.

For further information you can reach us at our offices in Athens at: +302108664470 or send us e-mail at camerazizanio@olympiafestival.gr, camerazizanio@gmail.com .