AWKWARDNESS IN EDUCATION AND CONTEMPORARY CHALLENGES 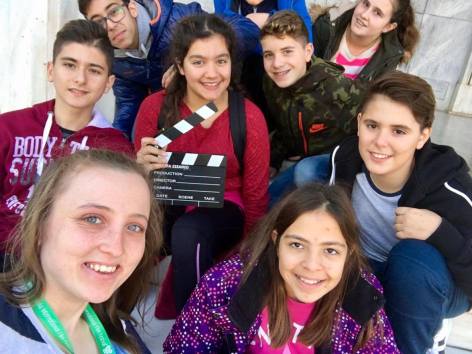 In the 17th year of the 21st century, almost no one questions the introduction of media literacy into all levels of education. Researchers are continuously publishing research and modules are announced. But from the announcements until the implementation, the gap is huge.

One can notice a hesitation, a reservation. Sometimes… an unspoken fear. Reality runs faster than our plans or thoughts. The awkward education fails to address the challenges of a world in deep turmoil, a world in transition.

“I don’t know what to play to the children / anyway they know it all”, sings a elderly Greek singer. Kids that belong to the digital world have all means at their disposal. A simple mobile is nowadays a complex audiovisual creation tool: camera, an editing as well as a viewing medium of the whole world via the internet. The obligation of education is not only about teaching kids to simply interpret film images. Passive teaching should become active participation. Kids should be trained in creating films with cinematic aesthetics and in that way to contribute – through art- to the aesthetic education and to develop a dialogue that oversteps the boundaries of everyday life.

It’s a fact that conservative forces are afraid of this prospect.  A democratic dialogue is not one of their preferences. They believe that critical thinking is a dangerous weapon that questions their sovereignty.

Private initiatives try to fill this void in formal education. In recent years, organizations that promote youth audiovisual creation are increasing. And it is no coincidence that public-school teachers are behind initiatives like:  Mice or Plasencia Encorto in Spain, NFFS in Holland, Time Line in Italy etc. As teachers are the immediate recipients of the needs of a modern and progressive education, it’s normal to be in the forefront.

Despite the obvious advantages of a modern audiovisual-cinema education, we want to highlight two more crucial and substantial matters of our times.