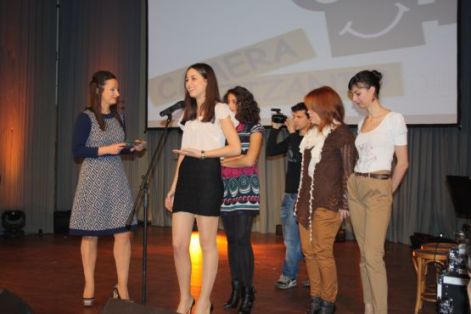 The 11th meeting of Camera Zizanio, was launched on Saturday 3rd of December with the presence of hundreds of students from various parts of Greece.

A number of them had to travel long in order to get to Pyrgos, as the students and teachers from Kavala, who took a 12-hour journey! It took less hours for those who arrived from Serres, Thessaloniki, Parga, Preveza, Livadia.

The whole of Saturday as well as Sunday morning, was dedicated to the screenings of the Greek Section.

At noon, between the screenings, there were cinematic workshops for the children from the various parts of Greece, while the younger ones had the chance to experiment in the making of an animation movie at the special box, located at the lobby of the Conference Centre.

The screenings of the European Section and the International Panorama start on Monday the 5th of December, and the international groups have already started to arrive. The first group includes young people from Spain, Serbia and Lithuania. 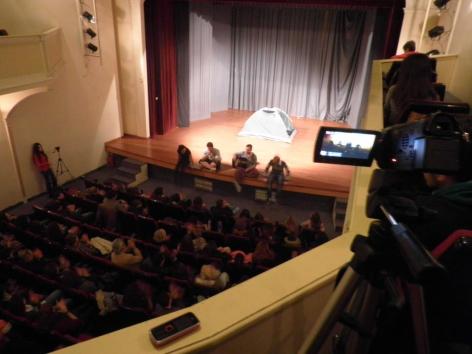 On Friday, 2 December, in a full to capacity Apollo Theater, the first side even of the Festival took place: the theatrical performance of Aristophanes play, the Birds. The classical comedy in an imaginative adaptation and the ingenious direction of Georgina Kakoudaki, enchanted young and old.