FROM PYRGOS TO PARIS!

Today we have great news to announce to all Camera Zizanio friends: the awarded films of Camera Zizanio 2011 will travel to Paris to participate in the European Independent Film Festival (ÉCU) that will be held from March 30th to – April 1st, 2012.

This was made possible through the beginning of a creative cooperation between the Olympia International Film Festival for Children and Young People, Camera Zizanio and ÉCU.

And we are especially pleased that ÉCU opens its doors and to the youngsters’  creations from Europe,  and gives to the  young filmmakers -from 8 to 16 years old – one more opportunity – to screen their films to a wider audience through the creation of the new category “European Youth Film “.

As the European Independent Film Festival announces «ÉCU gives European youth the chance to submit their work to a supportive and engaging international community, providing them with exposure, helpful critiquing and the opportunity to participate in a real life film festival! Young filmmakers will be competing for the “The European Youth Excellence Award in Filmmaking”.
With this new section we believe that The European Independent Film Festival (ÉCU) enhances «its commitment of being at the centre of discovery, promotion and projection of the very best independent filmmaking talent from around the world».

Olympia International Film Festival for Children and Young People and Camera Zizanio are very glad that from this year will have a close collaboration with this significant European festival. 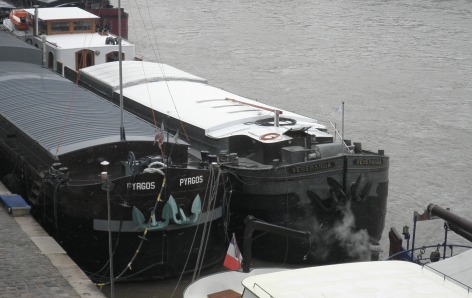 "Pyrgos" in Paris. Barges on river Seine. (Click to Enlarge)